Some doctors are calling it the biggest breakthrough in depression treatment in 50 years.

At Flow Integrative Ketamine, we are proud to offer the latest in mental health treatment options. In addition to high levels of safety standards and patient care, Flow Integrative utilizes ketamine infusion therapy for the treatment of clinical depression, as well as other mood disorders like anxiety, PTSD, and OCD.

Our mission statement at Flow Integrative is to provide personalized, high-quality management options for people struggling with treatment-resistant conditions. Ketamine infusions have proven to be a powerful and rapid treatment for depression and other mental health conditions.

Ketamine for depression treatment offers fast and efficient relief from the symptoms of clinical depression, with up to 75% of patients reporting a positive response to just a single ketamine infusion.

How Does Ketamine Help With Depression?

The exact mechanism that leads to ketamine treating the symptoms of depression is still not entirely understood by research. It is hypothesized that it produces an antidepressant effect via targeting the NMDA receptors inside the brain. By connecting to those receptors, ketamine may be able to amplify the number of glutamate neurotransmitters in the empty space between neurons.

Glutamate then interacts with the AMPA receptors. Together, these receptors bring about the discharge of multiple molecules that boost the brain’s neuroplasticity — essentially, ketamine infusions allow the brain to reset and restore important nerve connections.

If you are looking for new depression treatment in Mentone, California schedule a free consultation with us at Flow Integrative today!

Depression is a mood disorder and mental health condition that affects millions of Americans each year. Depression can cause intense sadness, which then can lead to someone stepping away from their responsibilities in favor of isolation from both their loved ones and their social life. It also deeply affects how a person thinks or behaves, as well as brings on a bevy of emotional or physical problems like persistent anxiety. With depression, it can become difficult to complete everyday tasks, and in some cases, you may have suicidal thoughts.

Depression is no one’s fault, and because of this, there is no shame in going through it. Suffering from depression is not a sign of weakness, and oftentimes will require long-term treatment rather short-term fixes. Fortunately, many sufferers of depression respond positively to various treatment options offered by modern healthcare.

What are the Symptoms of Depression?

Some sufferers may only experience a depressive episode once in life, but for most, depression will linger and bring on many episodes over the course of one’s life. During these depressive episodes, symptoms can look like:

For those suffering from depression, symptoms can create problems that affect every facet of one’s life, such as work, school, and relationships. Some people may feel these symptoms and not recognize what they’re dealing with, which can be harmful to one’s overall mental health. Understanding is the first step to getting better. Continue reading to learn more about this condition and how it can affect you or a loved one, as well as discover some possible solutions as to how to tackle it one day at a time.

What are the Causes of Depression?

Depression is very complex and can be caused by a number of different factors. In fact, depression is typically the result of a mix of factors both internal and external, such as differences in biology, differences in brain chemistry, hormonal changes, and family history. Continue reading to learn more about these factors and how they contribute to the way you are feeling.

Research shows that those suffering from depression may have physical changes within the brain, like brain shrinkage, inflammation, oxygen restriction, and structural/connective changes. While the exact significance of these differences is still not known, this may aid research in the future.

Neurotransmitters are chemical substances in the brain, oftentimes described as the human body’s chemical messengers. Research is still in progress but indicates that changes to the function and result of the neurotransmitters in the brain, as well as how they connect with neural circuits, may contribute to both the onset of depression and additionally how it is treated.

Depression can be caused by hormonal changes in the body that come around during/after pregnancy, menopause, thyroid issues, or other underlying conditions that have yet to be discovered.

Hormone changes may come about during pregnancy (or after delivery) or from thyroid problems, menopause, or other conditions yet undiscovered.

One is more likely to develop depression or experience depressive episodes if a family member also suffers from the disorder. Research shows that while we have yet to discover the why’s and how’s, there does seem to be a correlation between depression and family history.

Depression is much more prevalent in those whose blood relatives also suffer from this disorder. Research into what genes are involved is still ongoing.

What are the Complications of Depression?

Depression is not something that goes away if ignored or untreated, and will likely only get worse if not addressed early on. It can quickly become a great hindrance to one’s emotional and mental health. Examples of this include:

How Do You Prevent Depression?

Regrettably, there is no surefire way to avoid a person from developing this condition or becoming depressed. That said, a few steps you can take to lower the risk consist of:

The Types of Depression

Also referred to as major depressive disorder. This is the standard form of depression and is characterized by the following key symptoms:

Also referred to as dysthymia, and is the type of depression that is chronic, or long-term. People who suffer from this form of depression may experience moments where they notice their depression has lifted, but these episodes are not a sign of being cured. They typically last less than two months at a time. Symptoms can include:

Bipolar disorder brings on many symptoms, both mental and physical, like:

PPD is a form of depression that develops as a result of significant changes in hormone levels during/after pregnancy. It is more than just a case of the “baby blues” and should be taken seriously. Someone experienced PPD should be treated by a mental health professional for the best results.

Related to premenstrual syndrome (PMS), symptoms may include:

Believed to be caused by disturbances in the body’s circadian rhythm. This type of depression is thought to be affected by the changes in the seasons.

A form of depression that does not adhere to the set of characteristics that usually becomes of someone with depression. These alternative symptoms may look like:

All forms of depression should be treated with the help of your primary healthcare provider, but there are certain lifestyle changes that can be made that are very useful when combined with a treatment like ketamine infusion.

An essential part of the healing process is to develop a healthcare plan and stick to it. Do not skip ketamine infusions, psychotherapy sessions, or neglect to take your prescribed medications. These treatments may take months at a time, and they may not alleviate all of your symptoms, but recovery takes time. Have patience and trust your healthcare providers.

To learn is to understand and to understand it to heal. Learn as much as you can about your disorder so that you pick up new ways to combat it. Your family and friends can also become educated on the nature of your symptoms so that they too can help understand and help you towards feeling better.

Watch for the Warning Signs

It’s important to keep in mind that while alcohol and/or drugs may help reduce the pain of depression symptoms temporarily, they will only create more problems and worsen your symptoms in the long run. It also carries the risk of making your illness harder to treat.

Don’t Forget to Take Care of Yourself

Try to make sure you’re eating healthy whenever possible, as well as making physical activity a priority. It can come in the form of walking, jogging, swimming, working in the garden, or cycling. Also, try your best to keep a consistent sleep schedule. These activities combined can help you feel some relief from your symptoms.

If you are looking for free, confidential peer support during or after a psychedelic experience, please contact Fireside Project by calling or texting (623) 473-7433, from 3PM to 3AM. 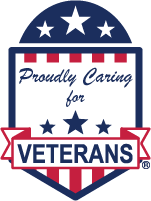 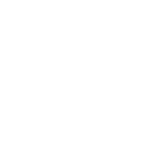